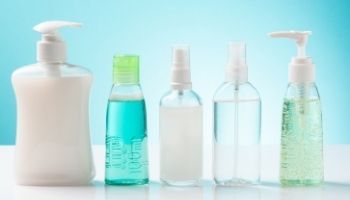 Toxic personal hygiene products? We live in a toxic world. While making considerable technological advancements, we have generated environmental pollution with significant adverse health consequences worldwide. A frightening fact you may not be aware of—the Environmental Protection Agency (EPA) has reported that 100% of human fat samples contain man-made chemicals. The good news is you can be tested to determine the toxins you have in your body, so we can remove them.

Chemicals and toxins can be found in products used every day. They are in our food, under the kitchen sink, in the basement. and in the garage. They are also using them on your face and on your body.

SLS is reported to be the most frequent cause of eye irritation by shampoos. SLS can damage the protective outer layer of the skin, and research shows it penetrates the skin to a depth of 1/4 inch, causing skin irritation—with deeper penetration occurring throughout the body.

Using cosmetics and personal hygiene products containing SLS can allow other toxicants to penetrate the skin more easily. Experts at The National Institutes of Health (NIH) state the health risks from skin care products are greater than those from smoking.

“Research has shown that many conventional personal-care products contain chemicals of concern that can disrupt your hormones, have been linked to cancer, cause allergies, or can damage your skin,” explains Stacy Malkan, author of “Not Just a Pretty Face: The Ugly Side of the Beauty Industry.” She points out that because the U.S. has few safety standards for cosmetics, “companies are basically making their own decisions about what’s safe enough to sell.”

The FDA’s new study found lead in 400 lipsticks tested, with higher lead levels than ever reported in some of the most popular brands. The worst offender was L’Oreal USA, whose Maybelline Color Sensation and L’Oreal Color Riche lipsticks were number one and number two on the list. In fact, L’Oreal USA makes five of the 10 most contaminated brands in the FDA study.

A brand new report for the U.S. Centers for Disease Control suggests there is no safe level of lead exposure for children. This means we must protect women from lead exposure, since lead builds up in the body over time and easily crosses the placenta where it can interfere with normal development of a fetus and cause irreversible negative health effects.

Unfortunately, beauty industry officials contend that the risks of using cosmetics with trace amounts of chemicals are insignificant or nonexistent.

As a result, it’s your choice whether to use a fruity body wash, lipstick, or after-shave which may contain lead, diethyl phthalate (a hormone disruptor widely used in plastics and linked to sperm damage and other reproductive problems) or 1,4-Dioxane, a carcinogenic byproduct that has been banned in Europe.

The toxins in hair coloring are particularly harmful. Of the estimated 85,000 chemicals in the U.S. marketplace, only a small fraction has ever been tested for chronic impacts to human health. While Europe has banned 1,100 chemicals from use in products, the U.S. has banned fewer than 10.

Awareness is Crucial to Our Health

The concern isn’t just one chemical in your or your child’s shampoo, but rather the buildup of potentially dangerous additives from a variety of sources. “The toxic exposures just add up over time,” says Barbara Sattler, director of the Environmental Health Education Center at the University of Maryland School of Nursing. “If you’ve got a set of neurotoxins in two or three or five products you’re using and you’re putting them on your skin and inhaling or ingesting them every day, you’re increasing the risk of an untoward effect,” she explains.

An Environmental Working Group (EWG) survey found that, on average, women are slathering and lathering themselves up with a dozen products every day, with men averaging about six.” The green sector of the cosmetics industry is booming, and those who want to avoid toxins have a wealth of options.

However, experts say caution is warranted. “Unfortunately, there’s a lot of ‘greenwashing’ that goes on: pretending that a product is green when it’s really not,” says Malkan, “and since it’s not regulated, relying on marketing claims or labels isn’t your best bet.”

Her advocacy group, the Campaign for Safe Cosmetics, maintains an online list of chemicals it says are dangerous. You can read for yourself and then decide what products to keep from your bathroom cabinet.

Products often boast ‘Hypoallergenic’ and ‘dermatologist-tested’. U fortunately, they are not legal terms and can be added to any label,  bearing little or no relation to the product inside.

In November 2011, an advocacy group found that Johnson & Johnson was selling baby shampoo in the United States, Canada, and several other countries containing small amounts of quaternium-15, a formaldehyde-releasing preservative that has been linked to cancer, even though the company had removed the chemical from similar products sold in Europe and Japan.

The company has announced it did not believe the small amounts in its shampoos posed any threat but it would phase out the use of such ingredients across the globe.

Formaldehyde is a suspected carcinogen and common skin and eye irritant. The International Agency for Research on Cancer says evidence links formaldehyde to a form of throat cancer in humans.

The FDA, however, does not object to the use of formaldehyde in cosmetics.

Formaldehyde is used as a preservative in nail polishes, soaps, Brazilian Blowout, and other cosmetic products. It is also found in household products such as furniture polish.

Parabens are a group of widely used preservatives added to food and cosmetics, and an extremely common ingredient in underarm deodorants and antiperspirants. These chemicals have come under scrutiny in recent years because they have demonstrated an estrogenic (hormonal) effect in studies on animals and cells.  You should avoid deodorants and antiperspirants containing parabens and aluminum.

A Danish study of 26 healthy male volunteers who applied cosmetic creams containing parabens detected the substances in their bloodstreams within one hour. Dr. Phillipa Darbre, an oncologist, performed a study which showed that parabens could be detected in human breast tissue.

Personal care products, particularly deodorants and antiperspirants containing parabens, have been linked to breast cancer . These products are applied close to the breast where they potentially adhere to DNA and encourage the development of damaged cells.

Another cause for concern in underarm products is aluminum salts, which are authorized to be used at high levels in antiperspirants, sometimes making up to 25% of the product.

A recent report from the Department of Biomolecular Sciences in Italy found that fluid taken from the nipple of cancer patients contained nearly twice the aluminum compared with nipple fluid taken from women without breast cancer.

Large amounts of aluminum salts can also be found in many vaccines such as hepatitis and tetanus. Studies have shown this aluminum is slowly dispersed all throughout the body.

Plastics and Their Evils

Plastic is everywhere. It’s used in consumer products and packaging of all kinds. Although it solves manufacturing problems and seems convenient, its widespread use causes serious risk to health and the environment.

BPA is one of the most pervasive chemicals in modern life. Thousands of consumer products, including food packaging, use this building block of polycarbonate plastic (often labeled recycle #7). Research links BPA exposure to breast cancer.

Phthalates are a group of endocrine-disrupting chemicals found in PVC (#3 plastic). Phthalate exposure has been linked to early puberty in girls, a risk factor for later-life breast cancer. Some phthalates also act as weak estrogens in cell culture systems.

Vinyl chloride and dioxin, endocrine disruptors, are formed in the manufacture of polyvinyl chloride (PVC) (#3 plastic). These are the first two  chemicals the National Toxicology Program and the International Agency for Research on Cancer designated as known human carcinogens. They have also been linked to increased mortality from breast cancer among workers involved in their manufacture.

Many of these chemicals, including  lead, mercury, PCBs, pesticides, and solvents can  harm a child’s developing brain. These chemicals can contribute to learning, behavioral, and developmental disabilities. In fact, one out of every six children in the U.S. has a neurological disorder. Researchers have found evidence linking this disability to common household chemicals.

Pesticides in Our Food

Each year we spray nearly a billion pounds of pesticides in fields and orchards across the country, contaminating our food.

Labels do not list all ingredient in a product. Right now, there’s absolutely no requirement to label foods that have been genetically engineered (with genetically modified organisms—GMOs). EWG has already asked the FDA to require labeling of genetically-engineered ingredients in the food we eat.

The best thing to do is to clean up! 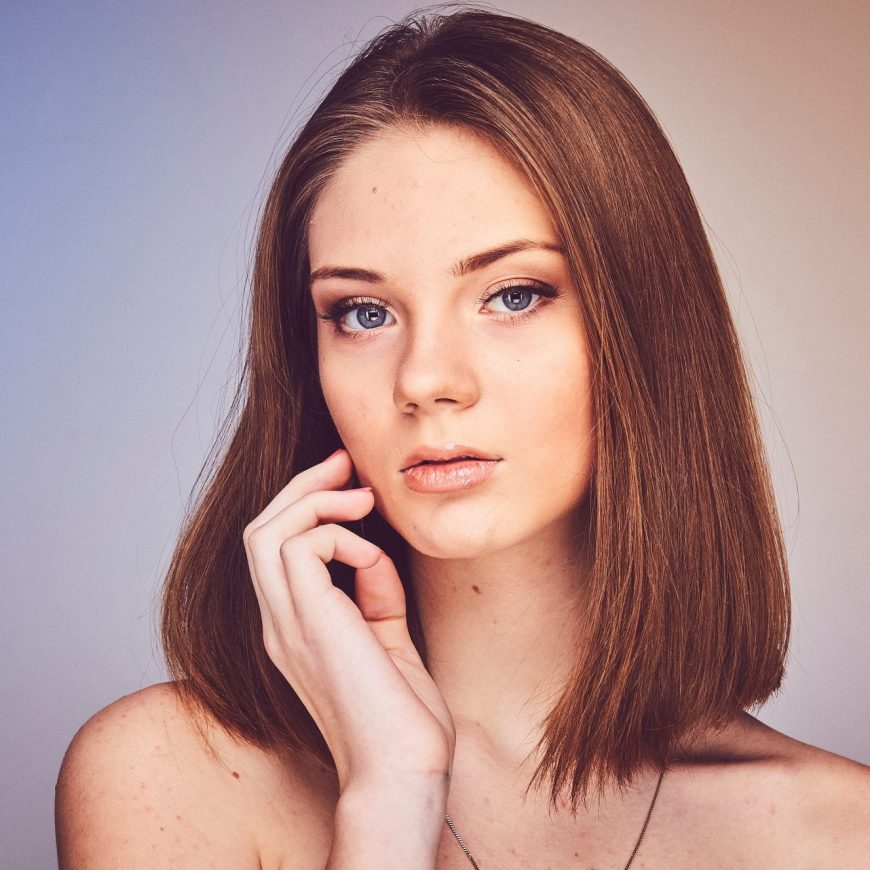 Beauty is More Than Skin Deep 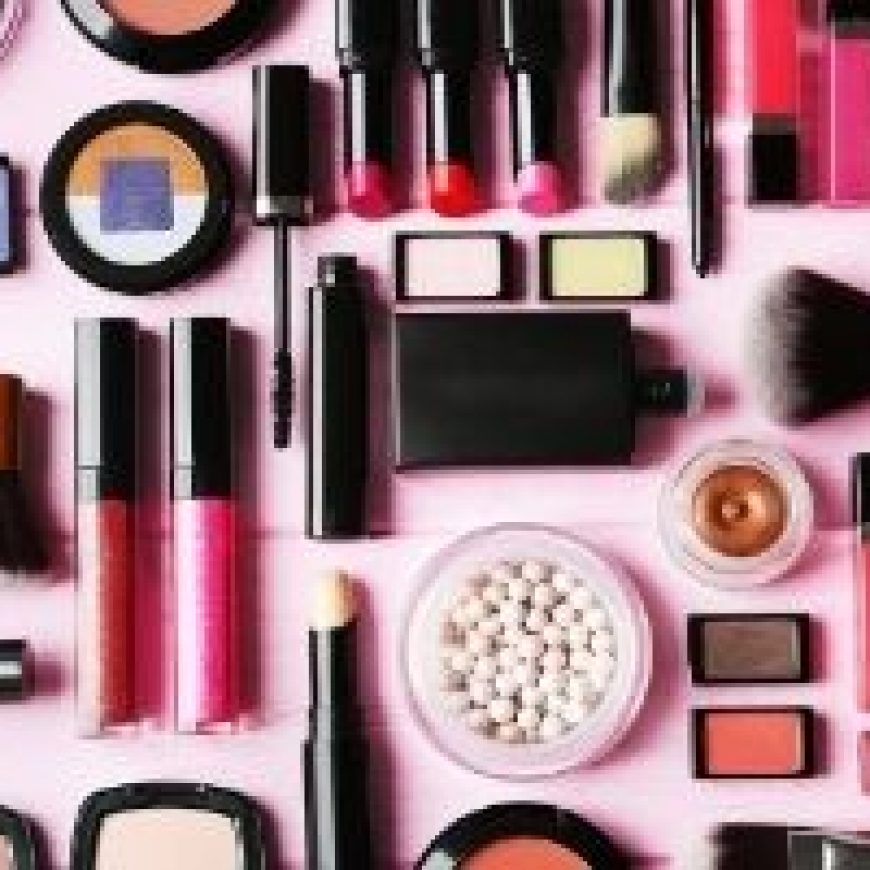 Skin-Savvy: What You Don’t Know May Harm You