Invest in Your Bones

HomeHealth LibraryGeneralInvest in Your Bones 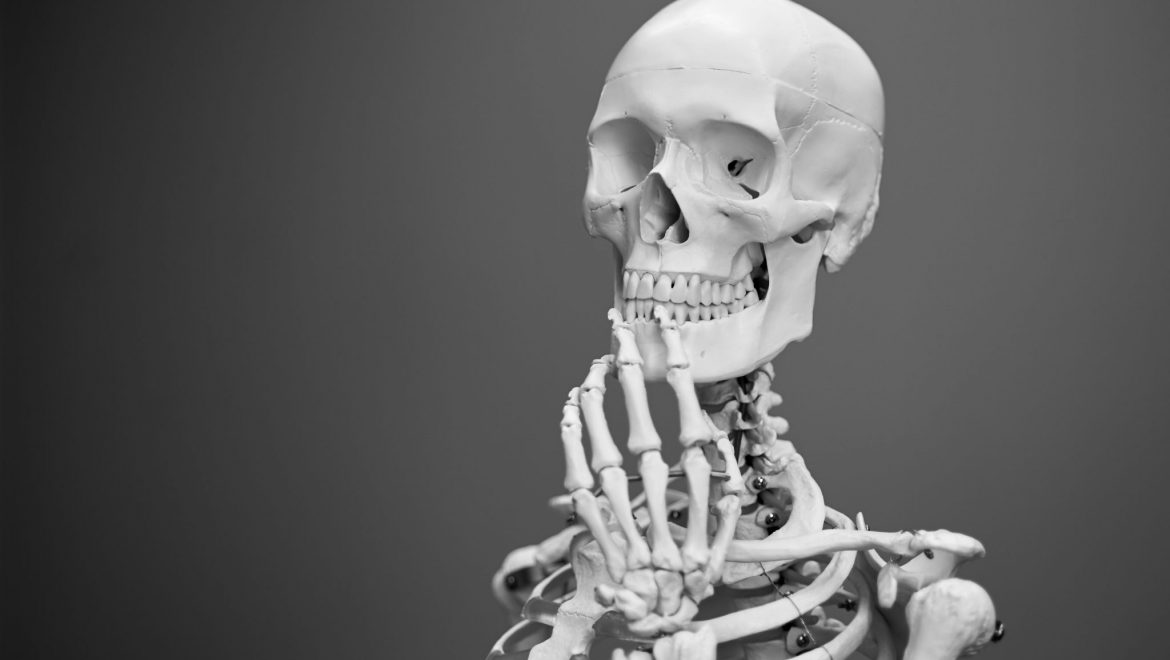 Invest in Your Bones

“… All postmenopausal women can benefit from non-pharmacologic interventions to reduce the risk of fracture, including a balanced diet with adequate intake of calcium and vitamin D, regular exercise, measures to prevent falls or to minimize their impact, smoking cessation and moderation of alcohol intake.” – M.F. Delaney, American Journal of Obstetrics and Gynecology.

Bones.  They are so important, and so often over looked… Osteoporosisis the most common bone disease in humans. It is characterized by decreased bone mass, which results in thinner, weaker bones that can often lead to a risk of fracture. Approximately 44 million American men and women, ages 50 and older, have osteoporosis (severe bone loss) or osteopenia (mild bone loss) with women being affected about twice as often as men. However, this statistic may be a result of a lack of diagnosis in men. In fact, it is estimated that 78 percent of osteoporosis in America is undiagnosed. Osteoporosis is associated with 1.5 million fractures a year; of this total, about 300,000 are hip fractures, the most serious complication of osteoporosis. In the year following a hip fracture, 20 percent of the affected patients will die, 25 percent will be confined to long-term care facilities and 50 percent will experience long-term loss of mobility. The good news is that osteoporosis can be prevented and reversed.

Decreased sun exposure and/or excessive use of sun screen

Anyone with significant risk factors should be evaluated for osteoporosis. This assessment requires a physical exam including height measurements and diagnostic tests. The gold standard for measuring bone mineral density (BMD) is dual energy x-ray absorptiometry (DEXA). A urine test measuring bone markers can also be used to diagnose the severity of bone loss.

What Are Natural Approaches to Preventing and Rebuilding Bone Mass?

Nutrition, Vitamins and Minerals: About 15 different nutrients have been found to play a significant role in maintaining bone health.Studies published in the American Journal of Clinical Nutrition (AJCN) have shown that a vegetarian diet is associated with a lower risk of osteoporosis. This may be due to a lower intake of animal protein because a high protein diet or a diet high in phosphates is associated with increased excretion of calcium. Another recent study in June of 2006, also featured in AJCN, showed that a high fruit and vegetable intake may positively effect bone mineral status in both younger (adolescent) and older age groups.

Green Vegetables: Kale, parsley, lettuce, asparagus, broccoli, cabbage and Brussels sprouts offer significant protection against osteoporosis. These foods are rich in a broad range of vitamins and minerals that are important for maintaining healthy bones including vitamin K, calcium and boron. Green tea is also a rich source of Vitamin K, which is associated with a lower risk of hip fracture, but not with an increase in bone density.

Folate: Getting enough folate (a B-complex vitamin) is a lot easier than it used to be because so many grain products including bread, cereal, rice and pasta are now fortified with folic acid, a synthetic form of folate. Naturally occurring folate can be found in foods such as spinach, citrus fruits and romaine lettuce. Another option is to take a multivitamin with 400 mcg of folic acid, which will also help keep your bones strong.

Fish Oil: The University of California San Diego (UCSD) conducted research showing a high ratio of Omega 6 to Omega 3 that was associated with lower BMD at the hip in both sexes. Other research suggests Omega 3 has a positive effect in bone health. Omega 3 increases the absorption of calcium and reduces calcium excretion while increasing calcium deposition in bone. Omega 3 fatty acids can be found in most cold water fish such as salmon, tuna, sardines and mackerel. It is also found in walnuts.

Calcium: Though calcium is a component of the mineral crystals that make up bone, bone health concerns much more than just proper calcium intake. In fact, though milk has often been cited as an excellent source of calcium, the Harvard Nurses’ Health Study of 77,761 women found that nurses who drank two or more glasses of milk daily actually suffered 1.5 times as many hip fractures than those who drank just one glass per day. Furthermore, people in countries with the highest consumption of dairy, (i.e., Scandinavians and northern Europeans) have the highest rate of osteoporosis. This may be due to the fact that milk is an animal based protein that can increase the excretion of calcium. However, supplementation of calcium has been shown to reduce bone loss when taken with Vitamin D because calcium citrate is better absorbed.

Vitamin D3 (Cholecalciferol): In recent years, much attention has been focused on the need for increased levels of calcium. It is now generally accepted that much greater attention should be focused on vitamin D. It stimulates calcium absorption, slows bone loss, increases bone formation and reduces the risk of fractures due to falls. Because vitamin D is produced when ultraviolet rays from the sun come into contact with skin, people who stay out of the sun, who wear excessive sunscreen or who live in the northern latitudes are at risk for vitamin D deficiency. In addition, aging decreases a person’s ability to synthesize vitamin D in the skin.

Results from five research trials on vitamin D found that supplementation with 700 to 800 IU of vitamin D per day decreased the number of hip fractures by 26 percent, while 400 IU per day was ineffective. The Food and Nutrition Board of the Institute of Medicine established a “safe upper limit” of 2,000 IU per day in 1997, but more recent research suggests that up to 4,000 IU of vitamin D per day is safe for the average person. If you are concerned that you may be deficient in Vitamin D, ask your physician to order the lab test 25(OH) D also known as 25 hydroxy-vitamin D.

Magnesium: This mineral is important for bone mineralization. In a clinical trial in postmenopausal women, magnesium supplementation increased bone mineral density by up to eight percent in some participants.

Copper: Laboratory research has found that copper promotes bone mineralization and decreases bone loss. There is also more of a risk for osteoporosis if your diet is deficient in copper.

Strontium: Strontium has recently come into vogue as a “natural” dietary supplement for bone health. While research is currently being carried out in Europe and the United States regarding strontium, it is limited to pharmaceutical/drug studies on the specific compound strontium ranelate. However, the use of strontium is not without possible side effects. In an observational study in Turkey, high soil strontium concentrations were associated with rickets in children. While it is worth mentioning at this time, significant research is still lacking on the safety and efficacy of strontium.

Exercise: Weight-bearing exercise four times a week plus strength training/weight training twice a week is recommended.  Persons suffering with this disease should see a physical therapist trained in therapeutic programs designed for individuals with osteoporosis. It is a matter of “move it or lose it.”

If you have a concern about your bone health or have been diagnosed with osteoporosis or osteopenia, see your physician for additional recommendations and pharmaceutical options.