Brain fogLifestyleNutritionSexsleepTesting and Therapy
April 17, 2019 04:33 am
0 0

It has been said that your brain is your largest sex organ. If your brain is not healthy, your sex life can suffer, too. Healthy brain = better sex!

Your brain function can affect some really fundamental aspects of your love life. How you treat that special person in your life, the one important to you in a sexual way, can be a good indicator of your brain’s health. Expressing an unkind remark, shortness of temper, withdrawal of affection, along with other unhappy symptoms, often indicate that your brain chemistry is somehow awry. An unhealthy brain can cause all sorts of mental and physical problems. One of the saddest is the loss of the physical and mental sensations of love and affection that are fundamental to your well-being.

The brain only weighs about three pounds and consists of 60% fat, it contains 100 billion nerve cells. As each cell has up to 30,000 connections, there are about 1000 trillion total connections in the brain, more than there are stars in the universe.

No matter what your age or station, an ever-growing body of research shows that you always have a second chance to shine.

Brain fitness is the capacity of a person to conduct mental demands of life. It is evident in an ability to assimilate information, comprehend relationships, and develop reasonable conclusions and plans. Brain fitness can be developed by formal education, being actively mentally engaged in life, continuing to learn, and exercises designed to challenge cognitive skills (Scarmeas, N; Y Stern. 2003. “Cognitive reserve and lifestyle”. J Clin Exp Neuropsychol 25 (5): 625–33).

Healthy lifestyle and the brain

Getting plenty of snooze time is key to keeping your head on its toes. Not only may sleep help your memory, but lack of sleep may also hurt your health. A 2010 study from Biological Psychiatry found that chronic insomnia may lead to loss of brain volume. Researchers used MRI scans to examine the brains of 37 human subjects with and without chronic insomnia. Insomniacs had a smaller volumes of gray matter in three brain areas—and the more serious the insomnia, the greater the loss of volume. And a preliminary 2012 study from the Washington University School of Medicine found that poor sleep may be linked to brain plaques found in people with Alzheimer’s.

According to a 2007 study at Harvard Medical School, z’s help memories lodge themselves in your brain (as anyone who has ever pulled an all-nighter and then tried to recall important details can attest). The study showed that the brain gathers disparate pieces of information and weaves them into a coherent whole while you’re asleep. Clock seven hours of shuteye, recommends Dr. Amen.

Gaming and the brain

Memory and attention brain fitness training games, biofeedback, DVDs and CDs  can help improve brain function. Stern, Y; B Gurland, TK Tatemichi, et al. (1994). “Influence of education and occupation on the incidence of Alzheimer’s disease”. JAMA 271 (13): 1004–10. According to the findings of a research study, subjects who did crossword puzzles four days a week had a 47% lower risk of dementia than subjects who did a crossword puzzle just once a week. The most effective learning processes shape the brain’s response properties progressively and adaptively, changing each task in a way that optimizes training intensity and improvement.

William Shakespeare wrote in Much Ado About Nothing, “When the age is in, the wit is out.” The good news, however,  is that recent research suggests that this idea is not entirely true. Evidence now suggests that the brain is a flexible and renewable organ and that as you age, your brain is able to maintain and even improve its current level of performance, especially if you make sure to lead an active and mentally stimulating life style.

Brain fitness is like physical fitness. Just like your muscles, however, your brain requires consistent challenges in order to remain fit and healthy. The real key to optimum brain fitness is to exercise every part of your brain by constantly exposing it to as many new and different cognitive activities as possible. This level of fitness requires a though and comprehensive program of brain training.

Nutrition status is assumed to affect many physiological processes and relate to pathological changes in those processes. However, precious little research has been conducted to connect these factors in the normal population. A recent study shows that they do indeed relate, and finds that two nutrient profiles decrease risk for cognitive dysfunction while another increases it.

In the study, published in the journal Neurology 2012 Jan 24;78(4):241-9  researchers examined the fasting plasma nutrient status of 104 healthy elderly adults for 30 nutrient markers and correlated these findings with brain MRI and results from cognitive testing. They found two nutrient profiles that were associated with more favorable cognitive and MRI measures. The first was patients with high plasma vitamins including B (B1, B2, B6, folate, and B12), C, D, and E. These patients showed better global cognitive function, particularly in the areas of executive function, visuospatial function, and attention. The second was patients whose blood measured high in plasma marine Omega-3 fatty acids. These patients showed better executive function. A third pattern characterized by high trans fat was associated with less favorable cognitive function overall (memory, attention, language, processing speed, and global) and less total cerebral brain volume.

Specialized testing can determine your nutrients deficiencies. You can then add specific foods or supplements to support your brain and your body, based on your individual results.  Specific nutrient intravenous (IV) therapies have been published in mainstream medical journals showing the effectiveness in neurological disorders. IV therapy supports cell function and  can remove toxins.

Sprinkle some rosemary on your entrées and side dishes. Rosemary, however, is not the only “mind spice” on the shelf.  Cinnamon, turmeric, basil, oregano, thyme, and sage can all protect your brain from inflammation, says neurologist Eric Braverman, M.D. He suggests shooting for 3 to 7 teaspoons of any combination of these spices each day.

The ideal breakfast is an egg, according to Larry McCleary, M.D., author of The Brain Trust Program. The incredible edible contains B vitamins, which enable nerve cells to burn glucose, your brain’s major energy source; antioxidants, which protect neurons against damage; and omega-3 fatty acids, which keep nerve cells firing at optimal speed. Avocados, blueberries and walnuts are examples of brain-boosting foods. Choose fresh fruits, veggies, and lean proteins as often as possible. Avoid the dreaded duo, trans fats (“they diminish brain cells’ ability to communicate with each other”) and high-fructose corn syrup (“it can shrink the brain by damaging cells”). The brain cannot function without brain food.

Researchers are discovering that there are ways to forestall the decline. The secret? Stop taking your gray matter for granted, says P. Murali Doraiswamy, M.D., chief of biological psychiatry at Duke University’s medical school. “You can add 10 or more years to your brain’s useful life just by paying some attention to it,” he says. 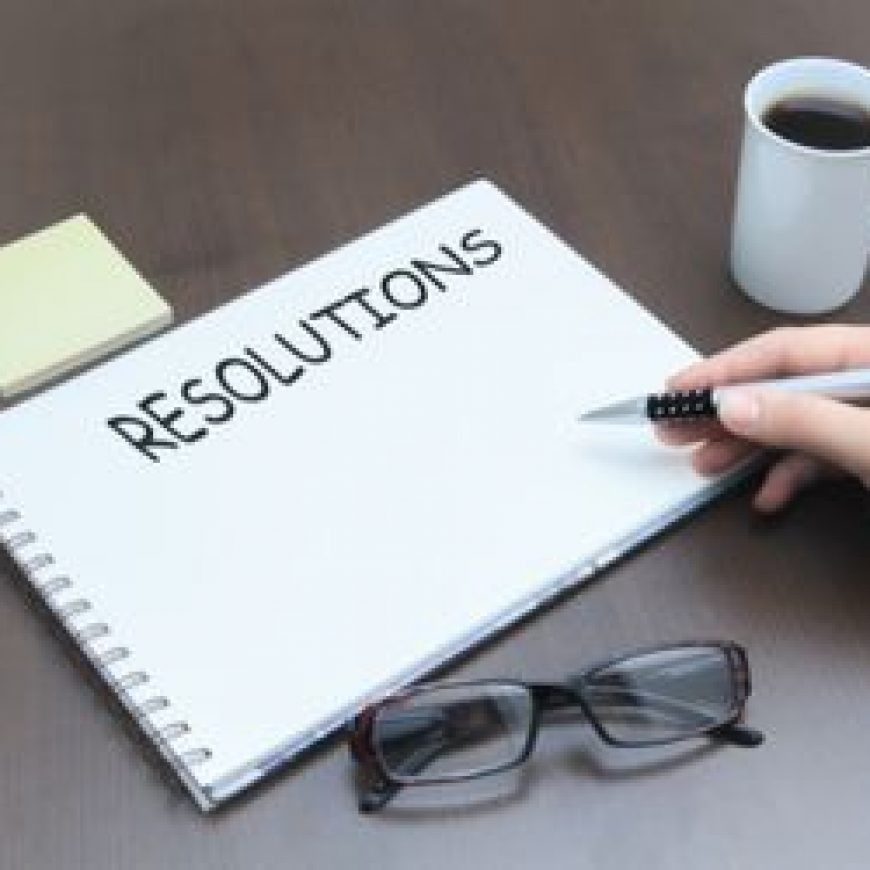 The new year starts soon – are you ready?