Cholesterol Is Your Friend, Not Your Enemy

HomeHealth LibraryGeneralCholesterol Is Your Friend, Not Your Enemy 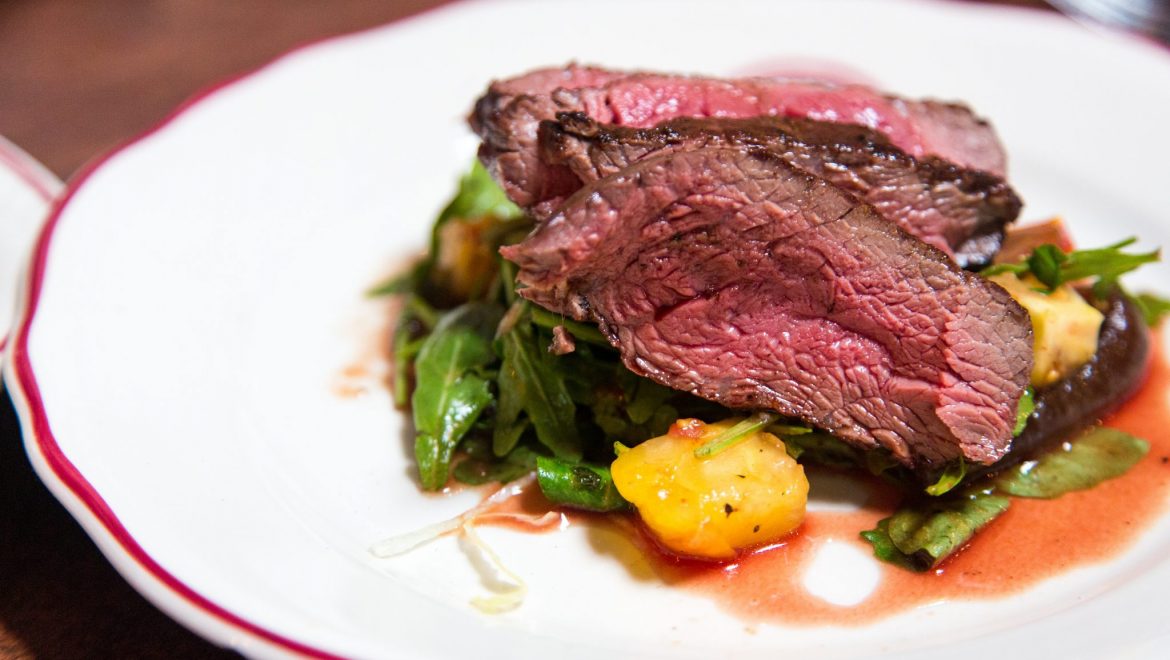 Cholesterol Is Your Friend, Not Your Enemy

Do you ever wonder why someone you knew had a stroke or a heart attack? They seemed healthy and were not overweight. Preventing heart disease requires much more than simply screening for high cholesterol. Fifty percent of all people who experience a heart attack have normal cholesterol.

Cholesterol is essential for:
• Formation and maintenance of cell membranes (essential for life).
• Making hormones (progesterone, testosterone, estradiol, cortisol).
• Production of bile salts, which help to digest food.
• Conversion of sunlight into vitamin D in the skin.

Remember, every single one of your cells needs cholesterol to thrive — including those in your brain. Mood disorders can be seen when the cholesterol is too low.

We get approximately one-third of our cholesterol from what we eat. Two-thirds of cholesterol is made by the liver. Very low cholesterol may mean your body is shutting down and not able to make its own cholesterol.

Are you confused about cholesterol and the need for stains? If so you are not alone. Not only is cholesterol most likely not going to destroy your health (as you have been led to believe), but it is also not the cause of heart disease.

Inflammation is a Main Culprit

Cholesterol is not the problem. It is the inflammation which creates the plaques that causes atherosclerosis and heart disease. Heart disease, like so many other diseases, is caused primarily by inflammation.

Could a hidden food allergy or an infection in your mouth or intestines be causing your heart disease? We know food allergies, gluten sensitivity, celiac disease and irritable bowel syndrome are all inflammatory diseases; therefore it should not come as a surprise that they, too, increase the risk of cardiac disease.

Gastrointestinal infections can also increase the risk of heart disease. If you have risks for heart disease or have CVD, have your stool tested.

Find the root cause of your inflammation. The right test will help determine the cause.

Metal Toxins in the Blood

Evidence-based medicine has clearly shown that clinicians must begin to pay more attention to some of the less-obvious factors that play a significant role in the development of obesity, diabetes and CVD.

High levels of lead have been known to cause kidney and neurological impairment. But blood levels of lead as low as 5 to 9 ug/dL are associated with an increased risk for all causes of death, cardiovascular disease and cancer. These results from the National Health and Nutrition Examination Surveys (NHANES) study showed that low levels of lead have significant health consequences.

Dr. Houston has been named by USA Today as one of the Most Influential Doctors in the US, as well as one of the Consumer Research Council’s top Physicians in Hypertension. He has over 200 published scientific articles and has also authored five books including What Your Doctor May Not Tell You About Heart Disease, What Your Doctor May Not Tell You About Hypertension, He has also given lectures around the globe on hypertension and sits on the editorial boards for over 20 US medical journals.

The bottom line is that metal toxins can cause CVD and increased mortality. Toxicity can be minimized. Toxins can be removed by specific IV therapies, detoxifying foods and supplements. Lifestyle changes can reverse CVD.

Researchers have linked BPA (bisphenol A) to increased risk of CVD, diabetes and liver problems. BPA is the chemical commonly found in plastics which has been banned from baby products by many states and a few cities. It is still ubiquitous in many other products we use every day. Polychlorinated biphenyls (PCBs) and chlorinated pesticides have been associated with increased risk of diabetes and cardiac problems.

Yet, in spite of the fact that toxins can increase CVD, the pharmaceutical companies and physicians focus on cholesterol as if it were the only game in town! Does your cardiologist test for lead or mercury?

The New Cholesterol Guidelines can be Dangerous

On November 12, 2013 new cholesterol guidelines were announced in Circulation. The past guidelines recommended statins for the next 10 years for people of high risk. Now they are recommended for people who are healthy and have a low risk of heart disease.

For those who have had a cardiac arrest such as a heart attack or stroke, statins have been shown to reduce the chance of another recurrence by 5 percent. But even in that class of patients, the drugs fail to help people live longer.

Most physicians reach for the prescription pad and write an order for a statin. Statins lower LDL, considered the bad cholesterol. Yet a study published in the American Heart Journal Circulation: Cardiovascular Quality and Outcomes (January, 2009), found that nearly two-thirds of patients admitted to hospitals for heart attacks and cardiovascular events had low LDL-cholesterol levels, indicating they were not at high risk for heart problems.

The new guidelines do finally acknowledge that there is no good data to justify lowering LDL except maybe in patients with familial hypercholesterolemia. LDL has important roles in cell formation, digestion and hormone production. Clearly it makes no sense to lower LDL to dangerously low levels.

Statins lower CoQ10 levels and inhibit a very important mevalonate pathway. Simply stated, this pathway is responsible for normal metabolism. It is responsible for how our body works. It functions to make corticosteroids, sex steroids, bile acids and vitamin D. When this pathway is disrupted we are at risk for hormonal imbalance; muscle pain and problems; and memory, mental and emotional changes.

Statins have other issues: “The bottom line is that there appears to be an increased risk among people taking statins as far as getting cataracts,” said study lead author, Elizabeth Irving, PhD, research chairwoman in the School of Optometry and Vision Science at the University of Waterloo in Ontario, Canada. And research has consistently shown people on statins increase their risk of getting diabetes by 9 percent.

Low cholesterol can be dangerous. In 1990, an NIH conference concluded from a meta-analysis of 19 studies that men and, to a lesser extent, women with a total serum cholesterol level below 160 mg (6th percentile) exhibited about a 10 to 20 percent excess total mortality compared with those with a cholesterol level between 160 to 199 mg. Low Cholesterol has been shown to increase the risk of dying from gastrointestinal and respiratory disease.

Cholesterol below 160 has also been shown to double the risk of cancer and shorten life expectancy. So why would you give statins to a healthy person with a low risk of heart disease? Abnormally low levels of cholesterol may indicate:

Cholesterol is not bad. Cholesterol makes up one-third of our cell membranes. It makes all our hormones. And “fats” is not a four-letter word. Our brain is 60 percent fat. Like fats, our life and our health need balance. Good fats are one of the keys to optimal health.

The National Institute of Health recommends if you are diagnosed with high cholesterol you should follow a list of lifestyle changes for 12 weeks. Yes, that is their recommendation. Why? Because it is safe, effective and without side effects. If your cholesterol has not lowered after three months, then consider using a medication.

The bottom line is, heart disease is caused by many factors, all of them related to inflammation. Heart disease does not develop due to a statin deficiency. Find the root cause of your inflammation and live a heart healthy life.

Traditional cholesterol testing is very limited, narrow and out of date according to Dr. Mark Houston. The test usually used to determine if you have chronic inflammation is a C-reactive protein (CRP) blood test. CRP level is used as a marker of inflammation in your arteries.

If you just test for total and LDL cholesterol, you may miss the actual risk related to components of these measurements. There are actually 300-400 different risk factors associated with cardiovascular health. Since blood sugar is inflammatory testing specific markers is important to determine CVD risk. Cholesterol is much more complex than simple LDL, HDL, and Total Cholesterol testing. In order to get an accurate picture of an individual’s cholesterol profile, particle number and particle size of HDL (good cholesterol) and LDL ( bad cholesterol) is needed. Also clotting factors should be tested.. Very specific blood tests, such as Boston Heart Health or the VAP labs are necessary to determine cardiovascular health.

Our heart beats over 100,000 times a day and 38,000,000 times a year! Although it only weighs 10 ounces, it pumps blood through 60,000 miles of blood vessels. And, every pound we gain equates to an additional 250 miles of blood vessels that the blood must traverse. In fact, according to the National Institute of Health, heart disease will claim nearly 500,000 people this year alone. If more Americans took control of their health, this statistic could be reduced by as much as 87 percent, which means 435,000 people would literally save their own lives each year.
Keep your heart happy and healthy.