Are Vitamins Just a Waste of Money? 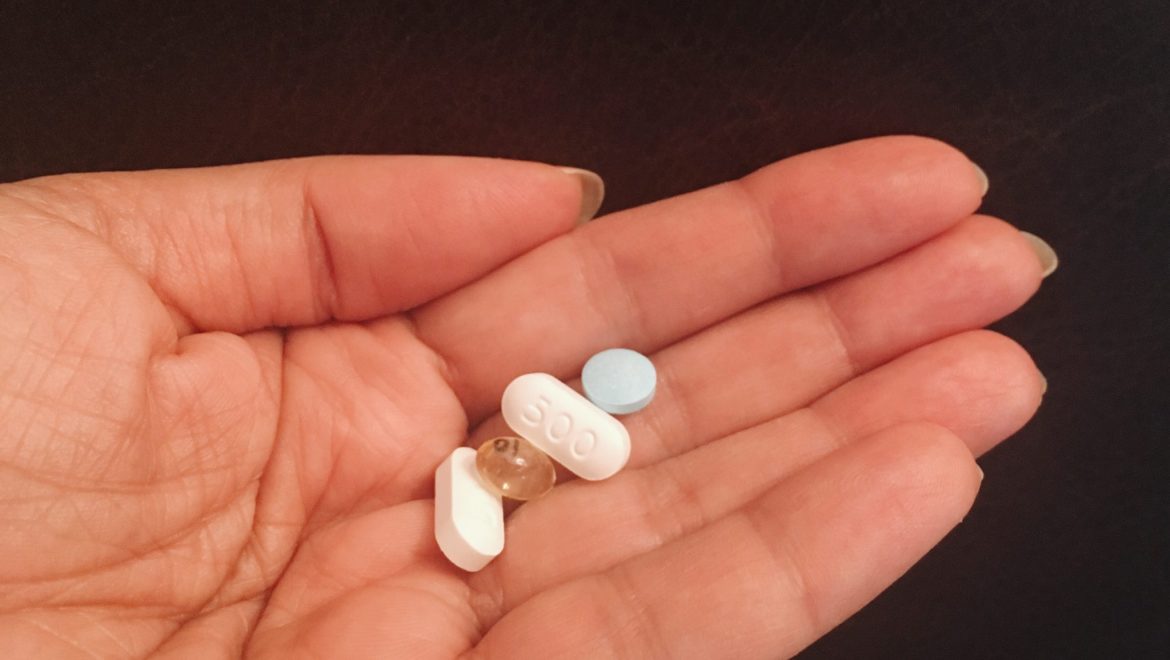 Are Vitamins Just a Waste of Money?

Do you often wonder what vitamins you should take? Are you taking too many or not enough? Are you wondering which vitamins and minerals you need?

Are you experiencing hair loss, chipped nails, dark circles under your eyes, swelling finger joints, acne or psoriasis? Do you notice swelling of your lower legs, bumps on the back of your upper arms, loss of hair on your arms or rosacea?

If so, you have multiple nutrient deficiencies. But which vitamins, minerals or amino acids are low?

Specialty tests can determine your specific vitamin and mineral imbalances. Requesting tests is a better approach than going to a drug store or health food store, searching through the myriad selections on shelf after shelf and just picking a few nutrients that may or may not help.

Some doctors believe we get all the nutrition our bodies need by just eating a well-balanced diet. But most of us don’t eat well-balanced foods three times a day—certainly none of us eat perfectly.

At the same time, the quality of our food has changed dramatically over time. The soil is depleted, and fruits and vegetables are picked when they’re green, ripening in the back of a truck or in the store.

Add to this, the plethora of GMO foods, processed, prepared and frozen foods. Any edible item that comes in a box, can, package or bag is often not even real food.

Perhaps you are suffering from indigestion, heartburn, or irritable bowel syndrome. You may not be able to properly digest or absorb even the good food you are eating.

Do you have inflammation? If so, what is causing it?

Get tested to find the root cause of your gastrointestinal issues. Specialty tests can identify a hidden food sensitivity. Your favorite food could even be the culprit, but because your reaction is delayed it is difficult to identify unless you use a specific laboratory blood test.

The answer to which vitamins you need can be identified by specific lab tests. As a country we are nutrient-deficient—so why not get tested?

The Advantage of Liquid Nutrients

To protect your health and help your body heal, consider using intravenous (IV) nutrient therapies. When nutrients are given intravenously, a higher dose of vitamins, minerals, amino acids and lipids can enter the blood stream where they are distributed throughout the body.

Liquid vitamins in a bottle are also often better absorbed.

A very important point is to know the quality of the vitamins you are taking. You wouldn’t intentionally put sand in your gas tank, but some pumps aren’t clean. Today vitamin and supplement companies are popping up all over.

Make sure the vitamins you are taking are GMP-certified or pharmaceutical grade.

Some Deficiencies (and Solutions) Identified

If you are a younger woman with hair loss there is a good chance you may have low stomach acid. In most cases, incomplete protein digestion with subnormal stomach acid results in low levels of amino acids and essential minerals. People with low stomach acid may experience belching or bloating after eating.

In this situation, supplementation with hydrochloric acid and pepsin capsules can correct your low stomach acid and result in better digestion.

If you are a post menopausal woman with hair loss you may also have this digestive issue. Fifty percent of people beginning at age 50 and 85 percent of those over 80 have low stomach acid. This may be why we see the older population getting thinner, shorter and more frail. They are nutrient-deprived.

If you are a middle-aged woman and have much less hair on your arms and legs than you once did, have your DHEA checked. Replacing DHEA to the normal level is a good idea, not only for your hair, but to enhance your immune system and decrease the risk of cancer. Thinning hair can be caused by low DHEA, thyroid dysfunction, lack of B vitamins or hormonal imbalances.

If it is painful when you brush your hair, you probably need more vitamin D. Have your vitamin D checked and your doctor will recommend how much you need. Low levels of vitamin D can cause increased risk of heart disease, cancer, diabetes, Alzheimer’s, osteoporosis, irritable bowel syndrome and depression.

A variety of studies might shed light on some of the problems you are having. But consulting with your doctor can help rule out other causes and find the cures.

• The mechanism behind vitamin B6’s role in fighting inflammation of the colon.


Researchers investigated the link between vitamin B6 and inflammatory markers in the colon. In their conclusion, the researchers suggest “vitamin B6 supplementation may offer an additional tool for the management of inflammatory bowel disease.” (Journal of Nutritional Biochemistry, December 2013).

• Low B6 increases risk of depression.

A three-years survey on depressive symptoms compared participants’ B6 levels at baseline. The authors concluded that “a higher vitamin B6 status may be associated with a decreased risk of depressive symptoms.” (European Journal of Clinical Nutrition, October 2013).

• B12 deficiency from antacids often overlooked.

In this large study, over 210,000 patients were evaluated for B12 status and duration of antacid use. For patients taking a proton pump inhibitor antacid (Prilosec) the chances of having a vitamin B12 deficiency was 66 percent higher than not having a B12 deficiency.

• Study confirms antacids may cause heart problems by depleting magnesium.

421 patients who were admitted to a New York hospital for chest pain and heart attack were evaluated in this study. Of these patients, 44 percent were taking proton pump inhibitors (Prilosec) for gastrointestinal upset.

Researchers found a “significant association between the PPI use, magnesium levels, and the occurrence of cardiovascular events.” (Expert Review of Clinical Pharmacology, July 2013), (Current Opinion in Gastroenterology, 2012).

While reviewing the role vitamin C deficiency plays in vascular disease progression, it was found that 10 to 20 percent of the American population is likely deficient in this powerful antioxidant. This deficiency likely contributes to heart disease. (Antioxidant and Redox Signaling, June 2013).

• Researchers clarify the role of vitamin D in sleep disorders.

These inflammatory chemicals are significantly affected by vitamin D level. The link between vitamin D and sleep was tested in 1,500 patients with abnormal sleep patterns. Sleep improved only in patients who achieved adequate blood levels of vitamin D (60-80 ng/mL) after two years of supplementation. (Sleep Medicine Review, September 2013),
(Medical Hypotheses, 2012).

High dose vitamin D was given to 60 healthy individuals. After 3 months, their regulatory cells increased significantly.

This is particularly important to help the body build tolerance to self-antigens. These cells regulate the immune system to prevent it from attacking its own tissues. Vitamin D reduces autoimmune diseases of all types. (European Journal of Nutrition, September 2013).

In this study, 218 overweight women with vitamin D levels below 32ng/mL (classified as deficient) were assigned to a weight loss regimen. Half of the women took 2000 IU of vitamin D daily while the other half took a placebo.

At the end of the study, the women who became replete in vitamin D through better compliance, lost more weight.

• Vitamin D is particularly effective in reducing inflammation and pain in people having very low levels.

A study of 30 women with fibromyalgia who had vitamin D levels below 32ng/mL, also considered deficient, were given oral vitamin D supplements or a placebo. After 20 weeks, optimization of vitamin D status had a “positive effect on the perception of pain.” (Nutrition Reviews, February 2014), (Pain, February 2014).

• Evidence mounts for link between vitamin D and multiple sclerosis.

Vitamin D status was measured in 98 patients with multiple sclerosis and blood levels of vitamin D were much lower in the patients with MS compared to healthy controls.

Researchers also found that the levels of vitamin D were correlated to the severity of multiple sclerosis. (International Journal of Preventive Medicine, May 2013), (Journal of Research in Medical Sciences, March 2013).

• Study shows why nerves won’t grow when deficient in zinc.

When scientists studied the growth of nerves and their ability to regenerate under zinc-deficient conditions, they found the reason neural repair is compromised when insufficient zinc is available. (Journal of Nutritional Biochemistry, November 2013).

In this case study, thyroxine treatment was given to a 28-year-old female to treat hypothyroidism. Her clinical manifestations of low thyroid—notably thinning hair—did not improve with thyroid treatment so a zinc supplement was added to her thyroid regimen.

After one month, scaly skin lesions had cleared completely and her depression began to lift. After four months, there was a “complete regrowth of hair,” which demonstrates how zinc’s role in synthesizing thyroid hormones manifests clinically. (International Journal of Trichology, January 2013.

In this double-blind randomized controlled trial, 80 adults with ADHD were given either a potent multi-vitamin supplement or a placebo for eight weeks. When evaluated by clinicians, it was found that those on the multi-vitamin regimen showed significantly more clinical improvement than those on the placebo.

Furthermore, those who began treatment with moderate to severe depression showed the most clinical improvement when supplemented. No adverse events were reported. (British Journal of Psychiatry, January 2014).

Ninety-eight adult patients having chronic lower back pain for over 12 weeks were given 600 mg alpha-lipoic acid and 140 IU of the powerful antioxidant superoxide dismutase for 60 days and assessed for pain, back function and use of analgesics.

At the end of the study, only 8 percent of patients were still using pain meds, compared to 74 percent of patients at the beginning of the study. Clinical indicators of pain significantly decreased, and back function improved after about 40 days of the antioxidant treatment. (European Journal of Physical and Rehabilitation Medicine, October 2013).

It’s good to follow these rules of thumb when deciding what to do about your vitamins and other nutrients:

1. Almost everyone needs a vitamin and mineral supplement.
2. Don’t waste your money on poor quality, contaminated supplements that are poorly absorbed.
3. A multi-vitamin, fish oil, and Vitamin D if indicated are basic and often recommended.
4. Seriously consider intravenous nutrient therapy for the best absorption.
5. Liquid multi-vitamins can taste delicious and are well-absorbed.

Here’s to your best life filled with happiness.